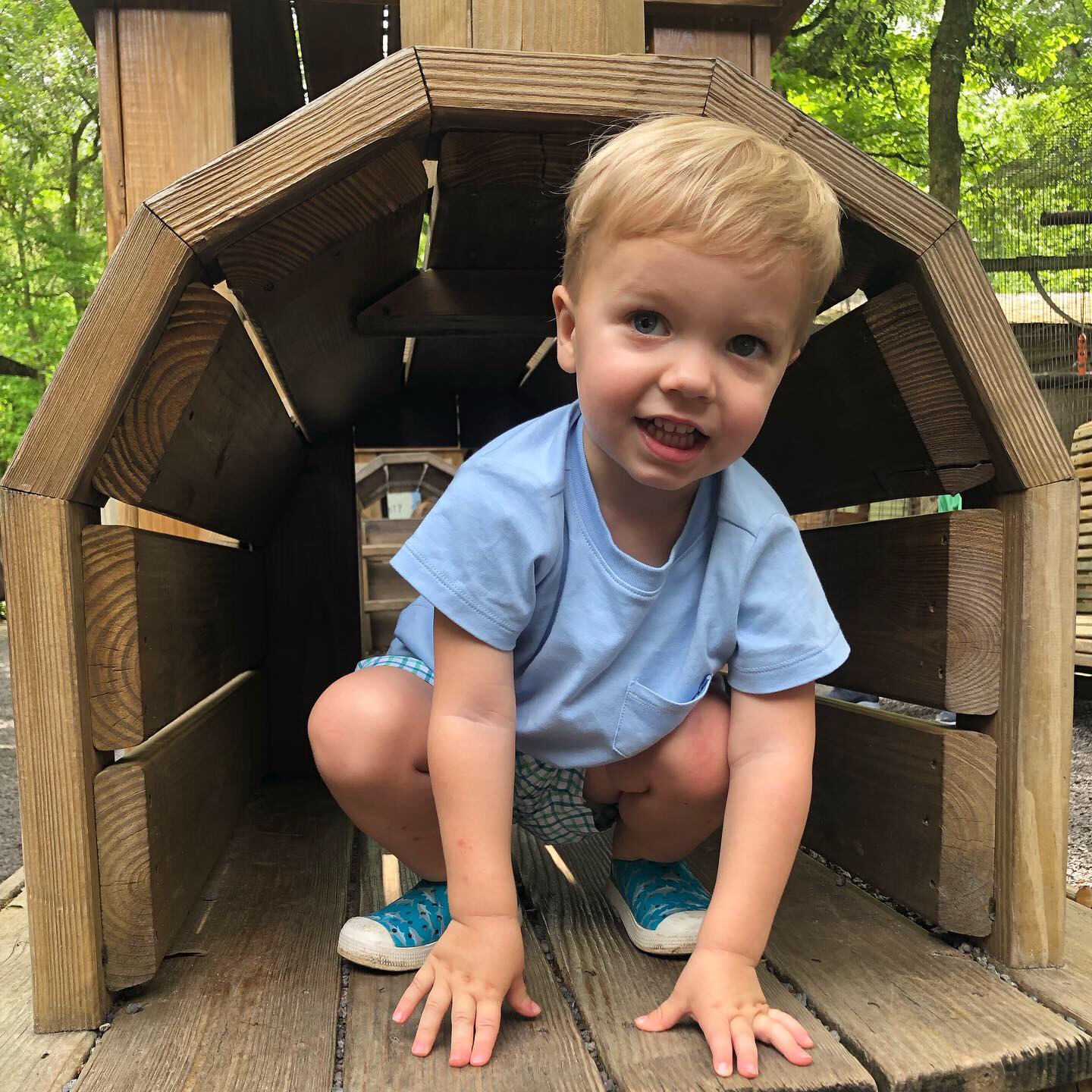 At Riggs’ 2-year-old check up in September 2018 he was flagged for having a “weak” right eye that seemed slightly lazy. Our pediatrician assured us that it’s just a phase but referred us to an eye doctor to be safe. Riggs’ eye doctor determined that he was farsighted and did have a lazy eye. He told us that we needed to patch/wear glasses for a year and then come back for a check up. We got the glasses by November and started getting our two year old used to wearing them.

Come December, I still kept noticing the weak eye drift and it seemed to be getting worse, especially at night. I wanted a second opinion. We are fortunate enough to have a pediatric eye specialist where we live so I made an appointment. Surely I was just having one of those “crazy mom” moments and they would tell me everything was fine. I can remember taking off of work and feeling silly for leaving early.

On January 10 we went to the appointment and after many many exams/questions, we were told the news that they were pretty certain that Riggs had Coats’ Disease. Our world was completely rocked… a permanent eye disease for our sweet, blonde hair, blue-eyed baby. We felt completely helpless for our child. Two days later, we went in for the second exam where they put him under for a full eye exam. We were so grateful to rule out cancer and confirmed the diagnosis of Coats’ Disease in Riggs’ right eye. It’s now April and we’ve had two laser treatments and one Avastin injection. Three journeys to the hospital of sedating our two year old and praying for the prognosis. That part hasn’t gotten easier. However, we feel beyond grateful to have doctors that were able to diagnose Riggs early and get him the treatment he needs. We have definitely seen improvements. The leaks have stopped and the Avastin injection cleared up a portion of the fluid. We will have another doctors appointment in a few weeks to see what our next step will be – if Riggs needs to go back under or not.

As far as vision and pain, we are unsure at this point. With Riggs only being two, it is hard to know. Our doctor says that Riggs’ peripheral vision and ability to see above should not be affected at the moment. It is is central line of vision that is the unknown and most likely to be the most damaged. He also suggested trying to patch his good eye and try to build up stamina. We tried this recently and it seemed as if Riggs did not have much vision at all in his right eye at first. We have kept at it though and have seen a lot of progress!

You would never know by looking at our sweet little guy that anything is wrong. He doesn’t know any differently and still plays like any boy his age. He does wear glasses for protection of his left eye and since our last laser (April 2019) I feel like his coats’ eye has been more sensitive to light. It could be that his eye is still slightly dilated from the procedure. We do worry about the future and have many questions, but feel very confident that we are in good hands!

My message from this is to always trust yourself when it comes to taking care of your children. You are their biggest advocate. I am so grateful we went to get a second opinion or the Coats’ could have been worse if we waited.