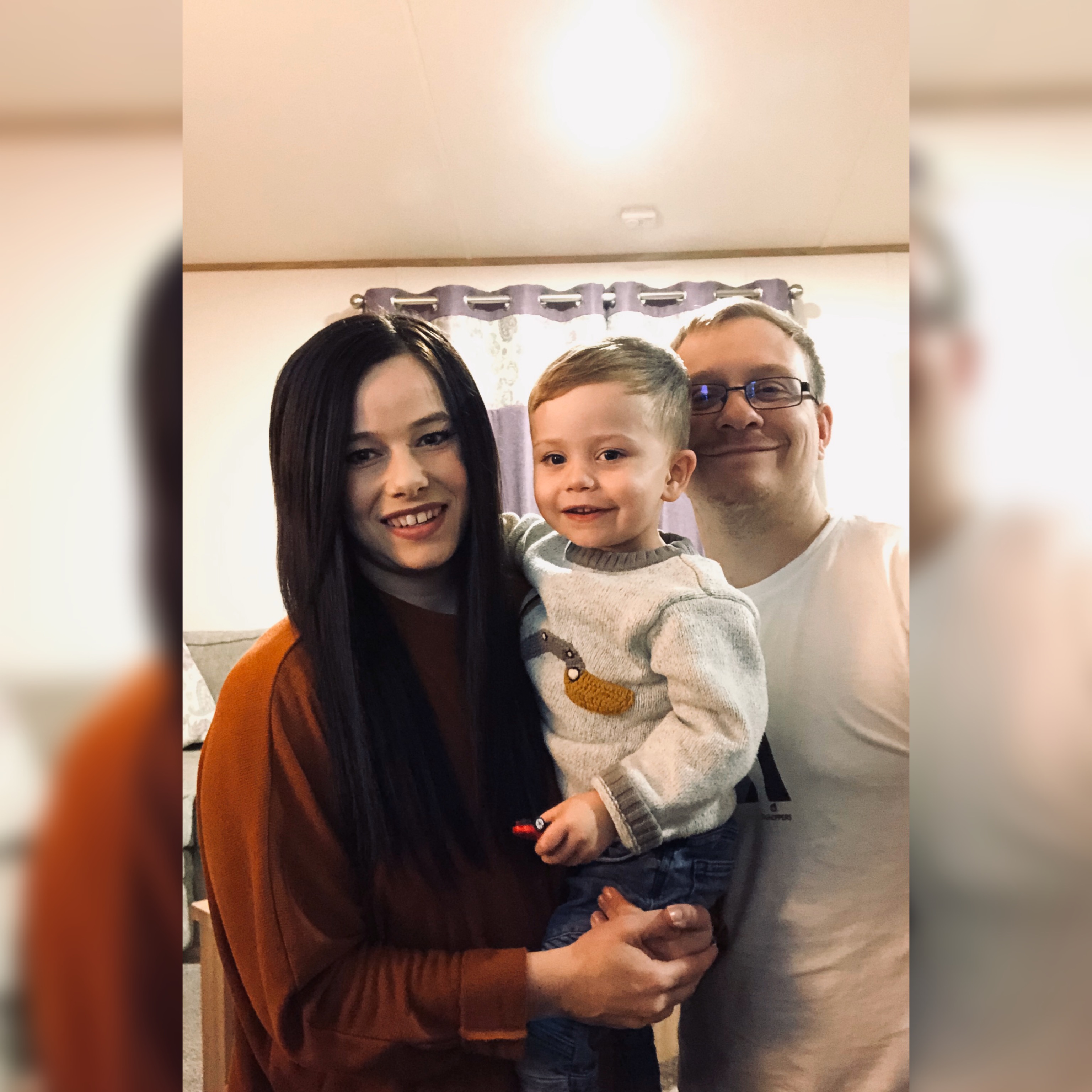 It was a normal day and Matthew was playing. Adam, my husband and his dad, noticed for a split second that Matthew had a haze over his right eye, but after that we couldn’t really see it in different types of light. So, we played a game with Matthew by covering his right eye and asking him what letters, numbers, and colors he could see. He answered that he could see them all. Next, we covered his left eye and panic struck through our son. It was like he couldn’t see. We booked a Boots Opticians appointment right then and there for the following day and continued playing the game. Matthew became distressed, as he could not see out of his right eye!

When we went to the opticians, they asked us why we wanted him seen, as they don’t usually see children under four unless they are referred from a GP or have existing eye conditions. We explained he could not see from his right eye and the haze we had noticed. She spoke to the optician and said to come back in half hour so they can have a good look, so we did. The optician was concerned, thinking it was a cataract from trauma (by this point, three weeks previous, Matthew cut his head open after tripping up in our living room). He asked us to go straight to A&E at Shrewsbury. So, we did.

The on-call eye doctor looked at him and explained that it looks like his retina has detached, the cause of him being unable to see. The reason why this happened is still unknown at this point. She made an urgent referral for him to see the pediatric eye consultant at Telford Hospital for that following Friday. What a long week that was! We just wanted answers and Matthew, at this point, only knew he could not see from one eye. Finally, the appointment came, and they confirmed his left eye was very strong, which is why he had adapted his vision very well. With the eye tests complete, we now just needed to wait for the consultant.

An hour later, we saw two doctors and they broke the most heart-breaking news to us as parents that’s possible – our child could have a tumor. They needed to check if he had retinoblastoma, which is cancer of the eye. We felt broken, scared, physically sick, and wanted to swap places with Matthew immediately. We knew he needed an urgent referral to Birmingham Children’s Hospital so they could put him under general anesthesia to have a good look at his eye. We went home and we cried. We informed all immediate family and cried some more. We sat by our phones waiting for a call that day and there was nothing. We made that weekend super busy so we didn’t have to run ourselves crazy with thoughts.

I called Birmingham Children’s Hospital eye department and they transferred me to the Retinoblastoma team. They made us aware that we needed to go in the next day at noon for Matthew’s procedure and that we would have a diagnosis straight after that. We needed to make sure he had no food after 7:30 a.m. It was one very long day. We were emotionally and physically exhausted from the previous days of sitting and waiting and having that unknown black cloud hanging over us.

The day of surgery, Matthew went into the room as I had to hold him to go to sleep. I cried, Adam cried, it was horrible. That feeling of your child becoming floppy and sleeping in your arms is actually much worse than you think. 45 minutes later, the doctor came to us. ‘It’s very good news’ he said. ‘It is not retinoblastoma’ We cried our eyes out! Happy tears, of course! Our child does NOT have cancer! That dreaded “C-word.” That sickening feeling of worry, anxiety, and heartache had suddenly disappeared! I am forever grateful for those words.

He did say, however, that Mathew does have a condition called Coats’ Disease. We had already done a lot of research on this, gripping onto any tiny hope that he had this rather than cancer. His retina has detached so far that it is actually stuck to his lens. There is no way we can save his eyesight, so he is completely blind in that eye. We have surgery arranged for Tuesday, November 5 to drain the fluid from his eye. They have said it is very unlikely he is going to be able to have laser treatment or any other treatment, due to his retina being stuck to his lens. It is highly unlikely that it is going to detach. We don’t know if draining his eye is going to be a regular thing to avoid pain or whether he will need to have a prosthetic eye at this point.

Matthew has his operation two weeks ago. It went well, however there was a complication during the operation and the one-and-a-half-hour operation turned into three hours.

The week before his operation, we were on a family holiday and on a few occasions, Matthew complained of his eye hurting him. Obviously, a worry for us. On the day of the operation, he went under general aesthetic fine but when the doctor looked at his eye, he saw the fluid had built up much more than expected. If it had been left any longer, he would have lost his eye.

Thankfully, the medical staff have been absolutely amazing, and all appointments have been very quick. Instead of the fluid being together, they discovered the fluid to be in different pockets, meaning they had to make a second incision to get around to the other side and even then, they only managed to drain 80%.They gave him an injection into his eye to stop the vessels leaking fluid further. We know this is not a permanent fix, but we are hopeful this can help for a while.

Also, in the operation, they had to put more drops into his eye which increased his blood pressure dramatically and required fluids to help lower this.

When he woke up, he was fine, the operation was successful.

There has been a lot of blood on his eye, which we know is normal.

The fluid in Matthew’s eye caused his retina to completely detach. In fact, it detached so far forward, it was stuck to his lens. Consultants were not hopeful of it pulling away from the lens, due to how far and how long this has gone on for.

On the Saturday after his operation, we took a trip back to the hospital due to the whites of his eye turning yellow. They confirmed this is the rest of the fluid draining and a good sign. We were also pleased to discover that Matthew’s retina has pulled its way back from his lens! Which is incredible – as they were not hopeful this would happen! This means that the chances of his eye ‘coating over’ with a white haze is much less than it would have been if it was still stuck to the lens.

During his recovery, Matthew needs three different drops, steroid, antibiotic, and diluting drops for the first week, a total of 12 drops a day. Then, this reduces each week.

It has been a challenge getting eye drops into a two-year-old, but he has been super brave and is now happily taking them! 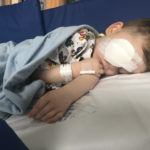 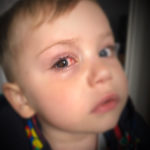 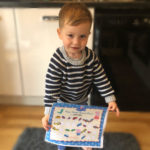