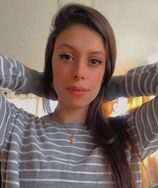 Hello, my name is Marah. I am 21 years old from Bethlehem, Palestine. I was diagnosed with Coats’ Disease in my left eye when I was six years old. Luckily, it was only on Stage 2 so I was treated quickly to prevent any progression of the disease. As I remember, I was treated with injections of corticosteroids or something similar that the doctor said he made them himself. Despite the fact that he saved my eye and stopped the disease from progressing, my parents realized that after the surgery I started having exotropia. When my parents talked to the doctor, he wasn’t very helpful and thus, I no longer went to his clinic. I switched doctors and the new one performed a laser surgery on my ey when I was 13. After the surgery, he realized that the fluids collected on the retina started to disappear but the glowing bulb is still on my sight area and therefore I can’t see clearly if I close my right eye.

My case has stayed stable at Stage 2. My eye doesn’t have anything wrong from the outside except for the exotropia. It can be obvious sometimes and it annoy me, but I’m hoping it won’t get worse. Now I’m a senior at Bethlehem University studying Biology and I decided to do my seminar on Coats’ Disease since that there isn’t a lot of knowledge about it. I used to see it as a sensitive subject that I hated to talk about. Now, I’m facing a lot of problems in collecting enough information about Coats’ Disease. There are still a lot of unanswered questions about it, like why does it happen in the first place, why does it affect males more than females in 3:1 ratio, and why there isn’t a treatment for it that can save the eye and return the sight? I am searching for answers.