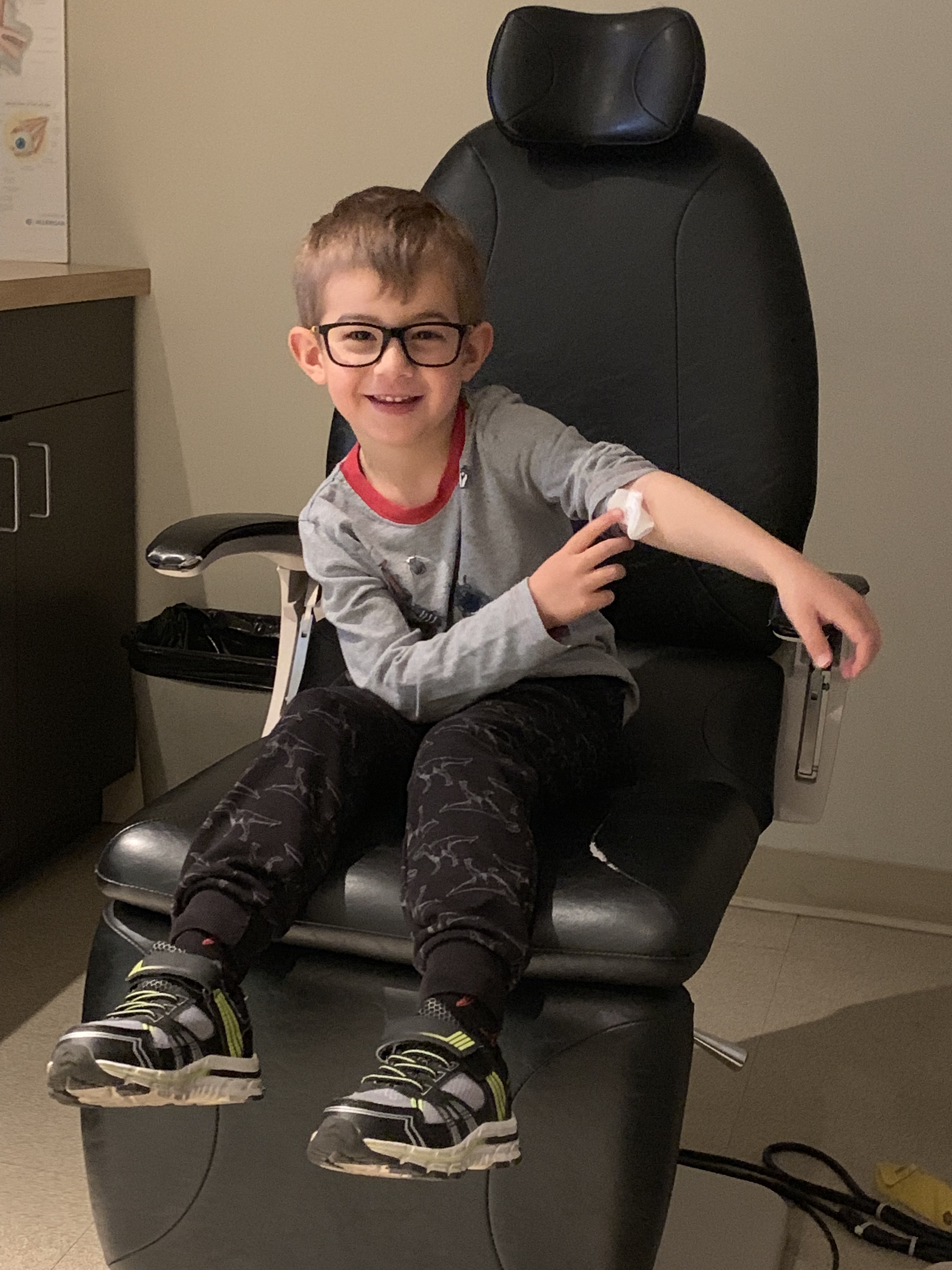 My soon to be 5-year-old son, Mailo, was diagnosed with Coats’ Disease a few weeks ago during a routine eye exam. He’s been wearing glasses since the age of three for minor shortsightedness, which runs in the family. The affected blood vessels are not near his main optic nerve so he never had any symptoms – meaning this was a surprise find. Our optometrist said he was the youngest patient he’d ever come across with this kind of disease and that we were lucky he was diagnosed so early before he presented any symptoms at which point the damage is often irreversible.

After his diagnosis, we were immediately passed onto an eye surgeon for further tests, including Ophthalmic Fluorescein Angiography. It was hard trying to explain the problem and the procedures to Mailo since he’s still so young but he’s been a real trooper about it all and still manages to greet the doctors and nurses with a big smile on his face.

We’ve been told that he will need eye laser surgery in the not too distant future to slow down the disease but since he’s still so young they have advised against it for now because the risks of putting him under general anesthetic currently outweigh the benefits. We’re grateful to our Optometrist, Dr Amrik Panesar for finding the disease and acting so quickly to get him properly checked out.