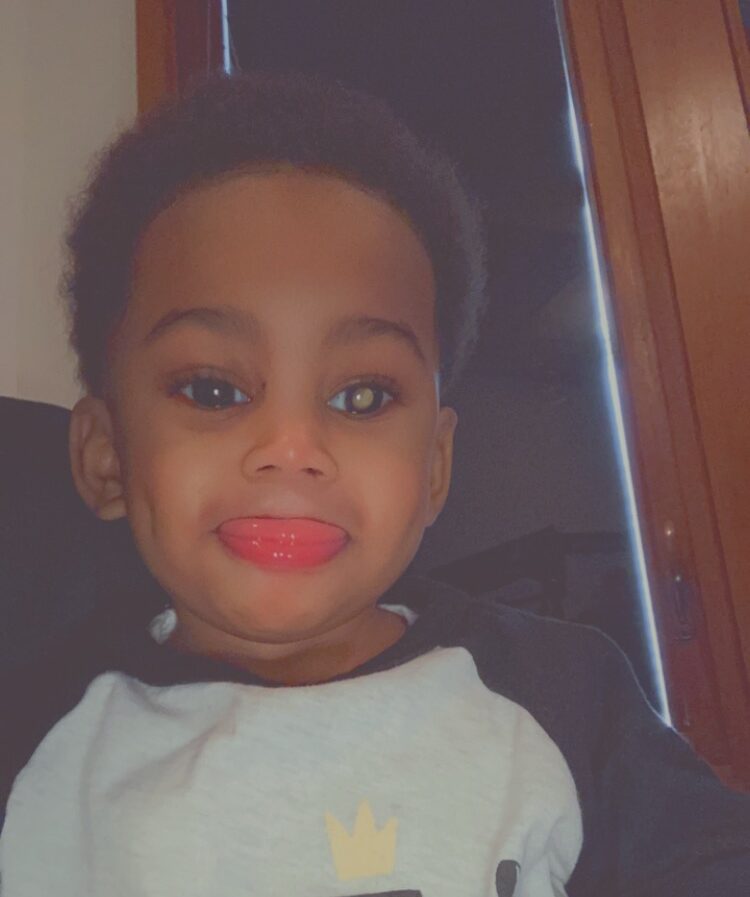 On June 15, 2020, our son Kingston was diagnosed with Coats’ Disease. It all started with a glow in his eye when he was six months old. We immediately made an appointment with his primary doctor and were referred to an eye specialist. On June 15, we were told he had Coats’ Disease and we were clueless as to what it was. We were told he had no vision out of his right eye and the retina was detached with a lot of fluid.

Kingston had his first surgery after his birthday in July of 2020. Everything seemed fine until the second check-up appointment. We received the bad news that the fluid returned. Kingston then had another surgery in October of 2020. And again, the same thing happened. We were then referred to a practice in Chicago where Dr. Chau examined Kingston. He performed a more serious surgery in December of 2020 and that didn’t work either. The surgeries didn’t stop and he had additional procedures in January, April, and June. Kingston has had six eye surgeries at just one year of age. We have been told his case is very aggressive and need to think fast to save his eye. On June 4 2021, he had a 5 1/2 hour surgery that reattached his retina and drained all the fluid inside and out. On his one-week follow up, we received great news that everything was still looking good and he could start to get a little vision in that eye. We follow up for his one-month visit soon and are praying for the same news.

It has been a very long journey, but Kingston still smiles through it all and that’s what keeps us going.