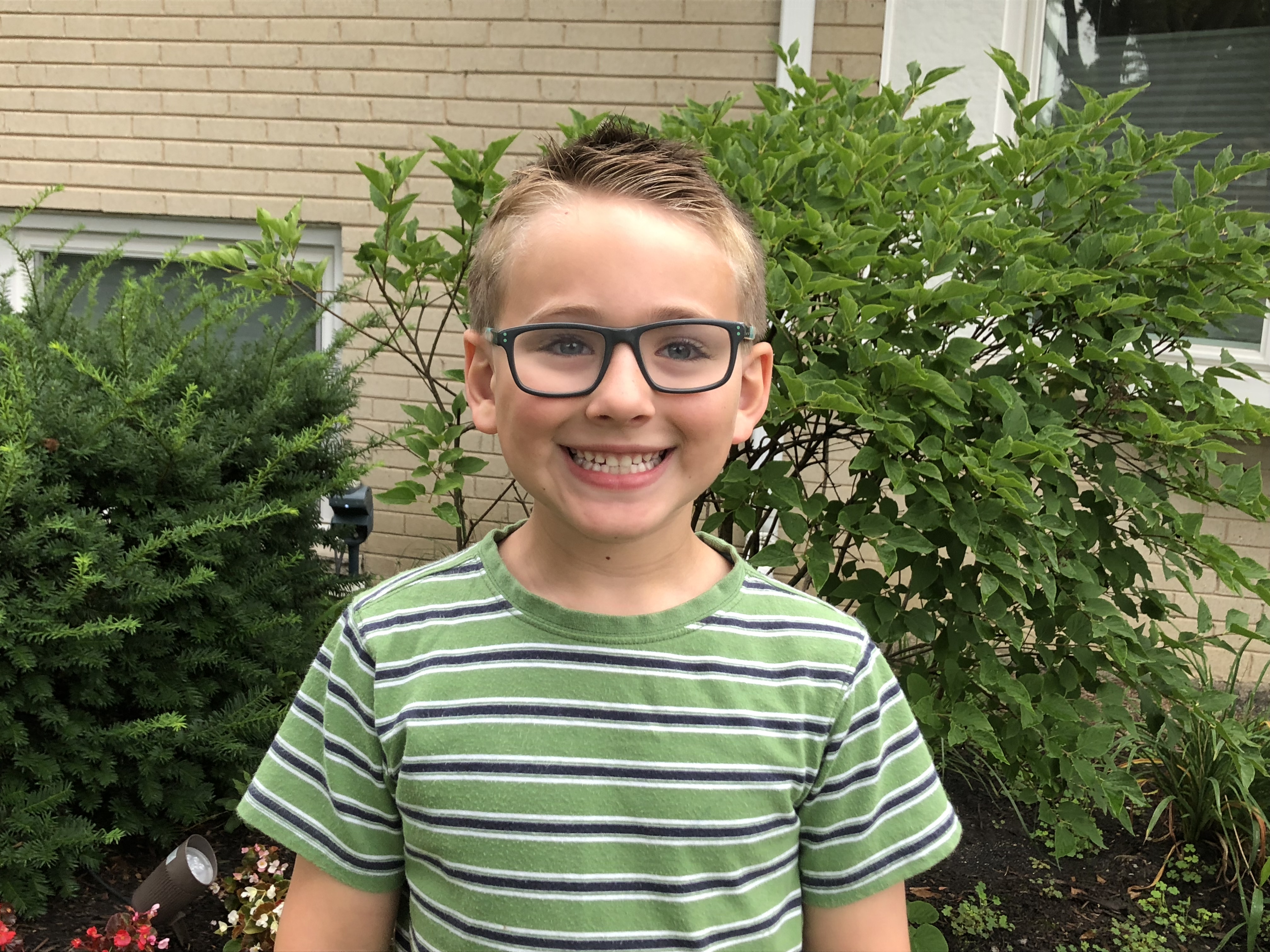 For a couple months, Mike and I had been noticing that Jack’s right eye was lazy at times. When I took Jack and one of his sisters to the pediatrician for a physical at the beginning of June 2015, the pediatrician didn’t see anything wrong with Jack’s eye. But he asked me to keep a journal of when we noticed it being lazy and then we would check the eye again in a month. At the same appointment, my daughter failed her eye exam. So, I decided to take Jack, with his sister, to the eye doctor, just to make sure everything was ok.

A week later, I left the optometrist thinking Jack had cancer. At this appointment, the optometrist could see swelling around Jack’s optic nerve and problems around his retina. She said he needed to be seen right away by an ophthalmologist and made an appointment for Jack the next day. She also asked me if I ever noticed a glow in Jack’s eye in pictures. That night I went home and looked through our pictures and found several where Jack’s right eye showed the glow. I didn’t know this was an indication that something was wrong.

We saw Dr. Kipp the next morning and after looking at Jack’s eye, he thought it might be Coats’ Disease and referred us to Dr. Shapiro, a retinal specialist. At this appointment, we also found out that Jack had very little vision in his right eye. We were shocked because you would never know that Jack only had vision in one eye. A week later, we saw Dr. Shapiro who also thought it was Coats’ Disease, but needed to do an exam under anesthesia to confirm. Jack had his first surgery on June 30, 2015. About an hour into surgery, Dr. Shapiro called us to confirm that indeed Jack had Coats’ Dsease and he did laser on his right eye. Jack’s retina was partially detached and lots of fluid had leaked into his eye. The first laser treatment went really well.

Jack is closely monitored by both Dr. Shapiro and Dr. Kipp; he sees them every 2-3 months. Since Jack has very little vision in his Coats’ eye (no central vision), he wears protective eye wear to protect his non-Coats’ eye. Jack had a second laser surgery on November 29, 2016 and a third laser surgery on October 17, 2017 to stop current leaking. He continues to be monitored closely. One would never know Jack had Coats’ Disease. He is a happy, active 6-year-old who loves to play soccer, basketball, baseball, swim, ski and play with his three siblings. Coats’ doesn’t slow Jack down!