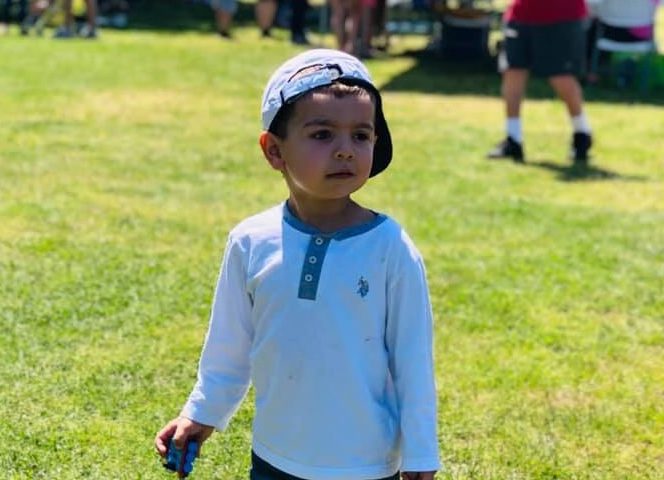 When Giovanni was 2 months old, I sensed something was off with his left eye. I would occasionally catch the eye drifting, and others just couldn’t see it. Everyone thought I was a crazy first-time mom. When I expressed my concerns to his pediatrician, he told us that Giovanni’s eyes were fine, and they were “adjusting to the world.” At each doctors appointment, until he was about 1 1/2, I would bring it up and I would always be brushed off as a worry wart! We are very blessed to have great insurance, because this momma was not about to take “no” for an answer. I knew in my gut that something was off.

So, on September 6th 2018, a day before his 2nd birthday, we met with pediatric Ophthalmologist Dr. Amy Wexler who identified that there was indeed, something going on with his left eye. She referred us to Wills Eye hospital of Philadelphia, where Giovanni was given the diagnosis of Coats’ Disease on December 21, 2018. Unfortunately we did not have a great experience at that hospital, but thanks to Facebook and the help of our Coats’ friends, we were able to find Dr. Handa at the Wilmer eye institute in Maryland.

Since then, Giovanni has had 6 surgeries. He has received injections of Avastin, laser therapy, and his first cryotherapy was May 21st. He’ll be having his 7th surgery next month, and we remain hopeful. My husband and I are so proud of how brave he is becoming at all of his pre-ops, and surgery days.

Besides having Coats’ Disease, Giovanni is your average 2 1/2 year old boy. He loves going to farms, being outside, and playing with his Thomas trains. We hope and pray every day for a cure, and remain positive that we will over come this together as a family.