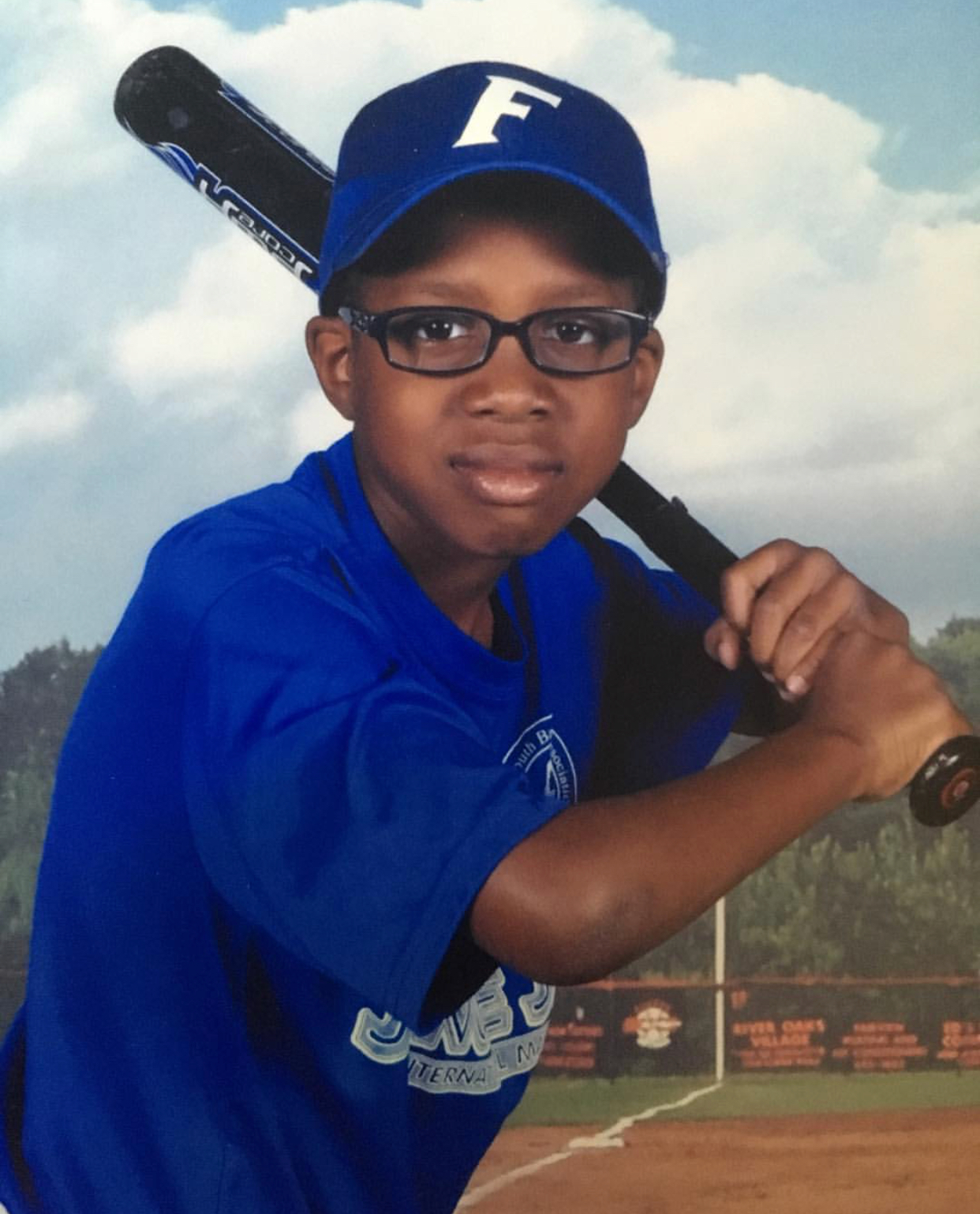 About 6 years ago, I had taken my son, Andreas (age 4 at the time), to the eye doctor because I thought he had poor vision. Around that time, he was just beginning to read, and I noticed he would get close as he was attempting to read, so I thought he would just need glasses. Upon his eye exam, the doctor noticed a lot of scarring in his left eye. After asking me if he had ever experienced trauma or an infection to his eye, he referred me to a Children’s Hospital for further assessment. Based on the doctor’s report, we were seen the following day. Things happened really fast!

After performing test after test, and ruling out other possibilities, it was determined that Andreas had Coats’ Disease. I’d never heard of it before that point. It was determined that he was at a stage 5, and to prevent further damage to the eye, and to hopefully save the eye, he was scheduled for surgery immediately. Over the course of the year, Andreas had 9 surgeries to his eye. His retina had detached, so the surgeries were really just to try to reattach and to stop any leaking that would have caused him a great deal of pain. Because the disease was so advanced, they were not able to restore his vision in that eye, but they were able to save the eye itself.

We are currently 5 years post his last surgery, and just had our final appointment last week with his surgeon. Things are looking as great as they will be considering the stage we were when he was diagnosed. He will remain legally blind in that eye due to the scarring but will lead a normal life (he was most excited that he can continue to play his favorite sport, baseball!). He’ll always have to wear glasses even though he doesn’t need them to see. His right eye has perfect vision and his left eye can’t be corrected with glasses. He still doesn’t quite understand that the glasses are for protection, so it is always a battle with him to wear them all the time!

I can say that the road was very rough! It doesn’t get easier seeing your child getting put to sleep, no matter how many times you’ve been through it. It didn’t get easier for him either. Each visit was filled with so many eye drops, and most of the time, it took an army to hold him down. By the way, he still hates eye drops. My hope is that a cure is found. I hope that families beginning this journey find a network of people to support and encourage them. It can be overwhelming, but I promise, at some point, there is the light at the end of the tunnel!